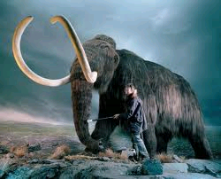 While many of us have traditionally thought of Jurassic Park as science fiction, a team of Japanese scientists are working to make it science fact. The recent discovery of a very well preserved Wooly Mammoth specimen in Western Siberia is presenting the opportunity to clone a mammoth. Researchers at the Gifu Science and Technology Center and Kinki University want to use the genetic material encased within the cells to create a wooly mammoth clone, according to Akira Irytani, a scientist at Kinki University in western Japan. However, don’t expect to see a cloned mammoth anytime soon. There are numerous difficulties in creating a cloned mammoth. The DNA may have been damaged by the long time it spent frozen and it is very easy for contamination to occur during the process of extinction. Any mistake in copying the DNA can have horrendous results. In 2009 when scientists cloned a species of Ibex that had been extinct for 9 years, the creature only survived for 7 minutes due to the numerous genetic errors. Yet, there are many tools that can be used to avoid these genetic errors. Scientists are able to replace the damaged genes with ones from living relatives like elephants or rhinos. They can also project what they think the proper genome would look like using computer algorithms and technological processing. While a mammoth will not be cloned in the near future, the possibility for success sometime in our lifetimes seems high.