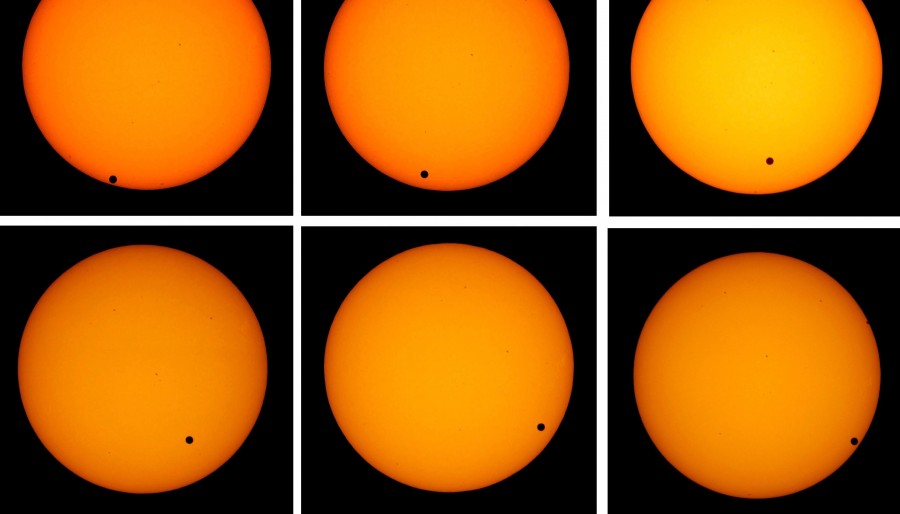 On June 5, 2012, Earth and Venus will align with the sun. There’s no doubt that there is something strange going on astrologically what with “doomsday” being so close. Is the world coming to an end? While no one can foresee the future, scientists can predict that the world will probably not end in 2012. However, the alignment of Venus and the Sun is literally a once-in-a-lifetime event. The Venus alignment is rare and happens in pairs by eight years, each pair separated by over a century. The last transit occurred in 2004; the next will occur in 2117.

At sunset on June 5, you will be able to witness what Jeremiah Horrocks in 1639 had first discovered – the transit of Venus (aka the Venus eclipse). This amazing discovery is what helped scientists and mathematicians calculate the size of the solar system. Today, the transit is used for the discovery of planets far from our solar system with the NASA Kepler space craft.

Since you will never get the chance to witness a Venus eclipse again, it’s about time you got a pair of solar shades. Staring at the sun will not allow you to see Venus, and will damage your eyes (even with sunglasses). For your safety, you can grab a pair of solar shades at ScienceWorks, or order them online. The transit is best viewed magnified since Venus is just a tiny dot in the sun. A solar filter placed on the end of a telescope will work just fine. If these options won’t work for you, fear not; more viewing ideas and safety equipment prices are listed all over the internet.

For more information visit www.transitofvenus.org or download the free app VenusTransit at the iTunes app store.