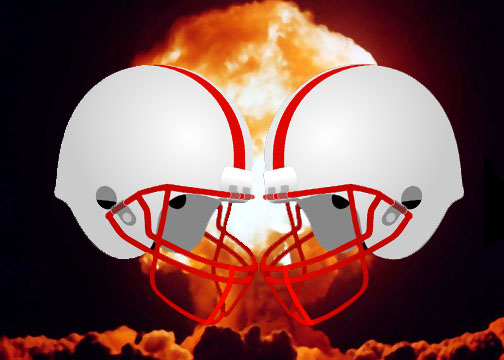 Sports should not be a part of a teenagers’ high school career; their brains are still developing and there is a higher risk for permanent damage.

Dr. Robert Cantu the chairman of the Department of Surgery at Emerson Hospital states that multiple blows to the head can cause chronic traumatic encephalopathy (CTE), a degenerative disease that causes aggression, dementia, and depression.”The young brains are more vulnerable, they’re less myelinated, the necks are weaker, the heads are bigger proportionately so the forces that accelerate the brain need not be as high to produce higher accelerations,” Cantu said.

In 2009 two high schoolers died from multiple hits to the head and twelve died from indirect causes such as heat stroke and medical problems all caused by football. A study showed that around 250,000 children between 8 and 19 were taken to the hospital because of concussions caused by sports.

James Linakis, a pediatric emergency medicine physician with Hasbro Children’s Hospital in Rhode Island, says that concussions are worse in younger brains and it needs to be studied more.

Students will hide the fact that they have a concussions to keep playing and that can be dangerous. Jake Snakenberg a freshman football player in Grandview, Colorado was injured in a game but assured his mom he was fine. The next week he took a hit to the head again and died the next day of Second Impact Syndrome.

There are many different things students can do that don’t cause health hazards and can lead to death. Since most injuries are from contact sports, there are safer activities students can participate in  such as golf and ping-pong.

Believe Sports are an important part of life? Check out the other side of the story in Why Sports are Important