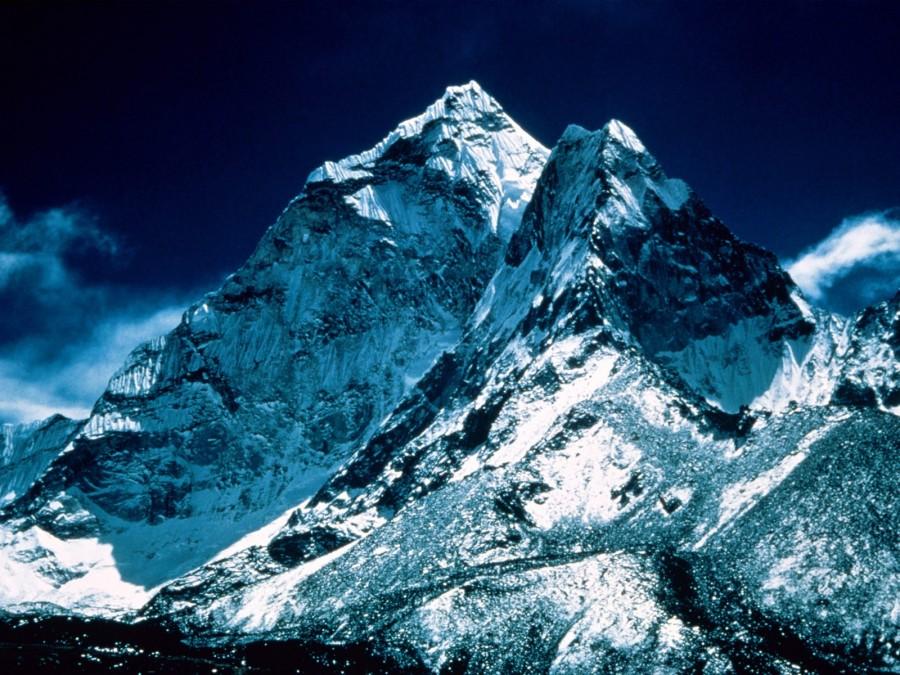 Throughout his life, Andrew Ackles has been searching for the ultimate challenge. These challenges began with the seemingly difficult tasks of climbing Pilot Rock and other local peaks in the Cascades and Siskiyous. But Ackles thirst for adventure began to grow as he sought out greater and greater mountains. Soon enough, major climbs such as Mt McKinley and Aconcagua were crossed off the list of  challenges. And now, Ackles stands face to face with his ultimate challenge: Mt Everest.

This month the AHS alumni is working with a team of six fellow Air Force officers to conquer the world’s tallest mountain. The team is part of the USAF Seven Summits Challenge who have been working together since 2005 to conquer the tallest peaks on all seven continents. All participants are volunteers and must pay their own way.

At the summit of each peak, the team plants an USAF flag. The goal of the missions is to honor service men and women who have died in battle and raise awareness for the Special Operations Warrior foundation, a charity that raises money to support the families of fallen service men and women. So far the team has raised over $60,000 for the charity.

Ackles, who graduated in 2001, grew up in the Green Springs above Ashland. His mother, Mary Ackles, explains his adventurous attitude was always leading him to new places. “He liked to be up in high places” she says as she tells about his tendency to climb trees as an adolescent. As a student at AHS, Ackles excelled in his classes. Mrs. Bowen-Jones remembers him as an outstanding student whose participation brought him “to new heights”.

Soon after graduating, Ackles joined the airforce. He is now stationed in Alabama as a helicopter pilot and has reached the rank of captain. For training, Ackles would drag a sled of sandbags while jogging to establish endurance. One of the biggest difficulties for Ackles is the elevation change, seeing Alabama’s highest point is just over 2000 feet.

Though the ever changing conditions make it impossible to determine the exact date of the expedition, the team will attempt to summit Mt Everest before the end of May.