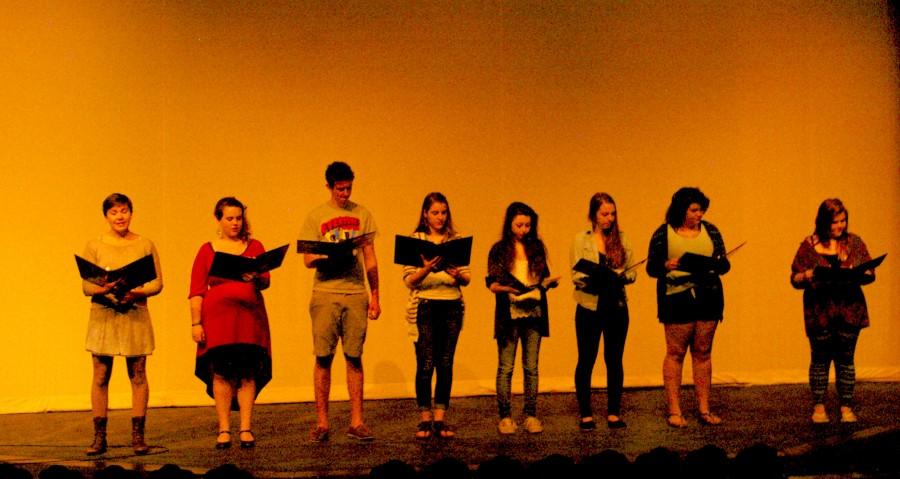 Andrea Koell, senior, recently put together a Youth Empowerment Theater show addressing issues of rape and sexual assault. Producing the twenty minute show was Koell’s senior project, but it was also an important message she wanted to bring to the high school.

The show itself was performed during advisory time on April 30. It was well attended by curious students and even a few teachers. The show presented useful information and resources, in addition to powerful performances of poetry and short skits. Guest speakers included representatives from the Ashland Police Department and SOU. Andrea spoke between presentations, and read some poetry herself. Other performers included Aubyn Heglie, Jeremiah Lieberman, Lindsey Crocker, Jensen Sponseller, Christina Koell, Makayla Laughery, Morgan Vann. Koell’s mentor Kyndra Laughery, director of Youth Empowerment Theater, attended the show but was not involved. Koell ran it completely on her own.

The main message was to bring focus back to victims of sexual assault and stop victim-blaming. Policies of the police and other response teams are to give victims the power to decide what they legally want to do, based on what is best for themselves.

For those who missed the show, more information is available at empoweredvoices.tumblr.com, loveisrespect.org and rainn.org.