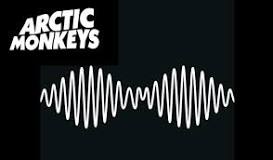 1) R U Mine: Arctic Monkeys

From the Album “AM” comes and up beat song meant for summer.

2) Around My Head: Cage the Elephant

The Album “Thank You, Happy Birthday” provides perfect songs for the wait for summer.

4) Right Before my Eyes: Cage the Elephant

“Cage the Elephant” album cover to make sure you know their name.

5) Back Against the Wall: Cage the Elephant

“Cage the Elephant” is evidence of not just a great album but a great band.

“El Camino” this song and the one below shows the true greatness of the album.

“Cage the Elephant” it isn’t a coincidence this album shows up so much.

9) From the Ritz to the Rubble: Arctic Monkeys

“Brothers” this song gives the album a good name.

The Black Keys – Howlin’ For You [Official Music Video …

11) A View From the Afternoon: Arctic Monkeys

“Whatever People Say I Am, That’s What I’m Not” a very exciting album.

“El Camino” the album that got me to love The Black Keys.

“Whatever People Say I Am, That’s What I’m Not” might be the best album they have.

“Whatever People Say I Am, That’s What I’m Not” the song that got me hooked.

“Wolfgang Amadeus” the last song on the album line up but certainly not the least.

“Wolfgang Amadeus” the song that showed me Phoenix.

“Cage the Elephant” such a fast paced song that its perfect for those long road trips.

19) Shake me Down: Cage the Elephant

“Thank You, Happy Birthday” a little bit slower of a song meant for the beach.

“Wolfgang Amadeus” fast paced song good for adventure or just getting pumped up.

“Brothers” such a fast song, great for summer adventures.

22) Under cover of Darkness: The Strokes

“Angles” one the songs that is perfect for the relaxation of summer.

“Is This It” a song that is famous but you won’t remember it until you hear it again.

“Conditions” starts off a little slow but gets better and better as you listen.

“Heart It Races-EP” a quite famous song for the way it sounds and its lyrics.

“Veckatimest” a 4:03 second song and is second on the album. A good choice.

“Miike Snow” a incredible song to listen to and is on a amazing album.

“The Sun and The Moon” second song on the album and is a stage setter.

“Brothers” probably the best album by the black keys with this great song.

31) Your Body is A Weapon: The Wombats

“Your Body is a Weapon-EP” a fast paced fun song that is meant for adventure.

32) The Great Escape: The Rifles

“Great Escape” a flowed together song that is about summer time itself.

“Is This It” once again a good paced song for summer.

“The House That Dirt Built” a very long intro but once you’re in the song it’s good.

“AM” one of their greatest albums.

“Room On Fire” the song that got me into the band and an all around good album.

“Tourist History” another really fun song by the Cinema Club that is under appreciated.

“Dreams” a softer song but still keeps its upbeat movements.

“Weezer (Green Album)” one of the many great songs by this band and all their albums.

“Howl” more of an upbeat song and gives a good name for the album.

“Tourist History” a fast paced song that is a ton of fun to listen to.

42) The Cave: Mumford and Sons

“Sigh No More” a great song to listen to. The band has a lot of good albums too.

43) No You Girls: Franz Ferdinand

“Tonight: Franz Ferdinand” a awesome song with some repetitive lyrics but still great.

“Costello Music” a good album overall and a song that shows for it.

“Robbers and Cowards” just like the song below but with more upbeat.

“Robbers and Cowards” a medium paced song and a fun driving song.

“Torquila Torquila” a kind of slow song, but catchy and fun to listen to.

“Surfer Rosa” an overall good song in a good album.

“Phrazes for the Young” the former singer for The Strokes does quite well on his own.

“Conditions” upbeat song that gives the album and band a good name.

“The Lateness of the Hour” with many versions of this song, this ones the best.

52) Long Walk Back: The Rifles

“Freedom Run” one of the best songs on the album in my opinion.

53) All These Things That I’ve Done: The Killers

“The Essential Aerosmith” the latest album with the best songs.