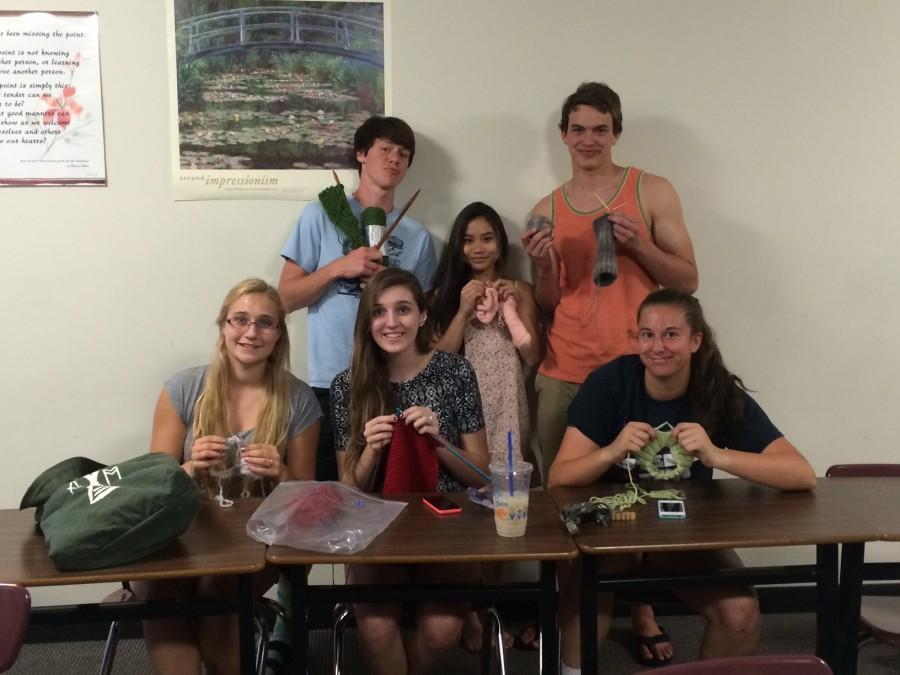 A lot more people at Ashland High School knit than the average student may think! In fact, Laura Davidson’s 7th period Fiber Arts class has several knitters that choose to knit rather than sew. When the students migrate from their classroom into the sewing room, some students stay behind and pull out their yarn.

Although knitting may not be popularly viewed as “cool,” a lot of cool kids have picked up the activity. Cole Harding, for example, is knitting a beanie, one that he has been working on for an impressive four weeks. Harding says he’s getting there, and the beanie does look very radical so far. Lars Rockwell, another very cool individual, says he is working on a hot pad, where he must knit a thick square using wool yarn, then wash and scrub it in hot water so that the fibers connect, a process called “felting.”

Several other students have picked up the habit, including Amy Corey, who is knitting a baby hat for her cousin’s baby, Michaela Dunn and Nina Clark, who are both knitting scarves, and Grace Lenthe, who is making herself a headband. Additionally, Micaela Vietz is knitting a hat. “I’m making a hat because I felt like it,” Vietz reports.

The Knit Wits club and Fiber Arts students alike have a long-standing tradition, starting in the fall, of making hats for the Dunn House. Knitting also strengthens brain acuity and lowers blood pressure. “It’s amazing what can happen when you put two sticks together and a ball of yarn,” Davidson says.