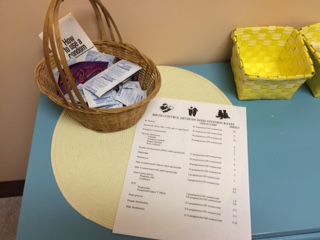 *This article was previously published Dec. 2014

Since April is Sexually Transmitted Disease Awareness Month, Ashland High School students who are sexually active, need to remember to practice safe sex. According to the World Health Organization (WHO) 35 million people worldwide are living with the human immunodeficiency virus (HIV).  HIV was the sixth highest cause of death in the 25-34 year old age range in the US,  only behind such things as heart disease, accidents, homicide and suicide according to the Center for Disease Control (CDC). This number of cases could easily be lowered with one simple step, wearing a condom. By wearing a condom HIV can be stopped, or at least slowed, in its tracks.

While sex is never 100% safe, neither is walking across the street. Planned Parenthood states that condoms make sex 10,000 times safer when it comes to HIV.

2. Condoms are about as cheap as contraceptives come

Condoms are not expensive in any circumstances. At the AHS Health Center they are even cheaper than that, they are free. It is hard to argue against free things that increase your health. (Condoms can also be found in your family health or wellness class room).

Condoms can be bought in all sorts of different stores. They are available everywhere from grocery stores to the AHS Health Center.

At the AHS Health Center, students can have, “however many they can take with them,” according to Lori Vieu. Condoms are located in a basket in the bathroom.

5. Condoms are common for a teens first time having sex

Planned Parenthood states that 68% of females and 82% of male teens use a condom their first time having sex. Students should know that using a condom is normal.

6. There are different kinds of condoms

While most people think of the latex male variety when they hear the word condom, those are not the only kind. For those  allergic to latex, polyurethane condoms can be used. Another option is the female condom.

7. Can (and should) be used with other contraceptives

No birth control is 100%. No matter what kind of contraceptive is being used, a condom can used with it to offer even better birth control and protection from sexually transmitted disease.

HIV has no cure. While life expectancy of those with HIV is up, HIV does not go away. For those who choose to be sexually active using a condom lowers the risk of HIV drastically. Not using protection is not worth the risk.