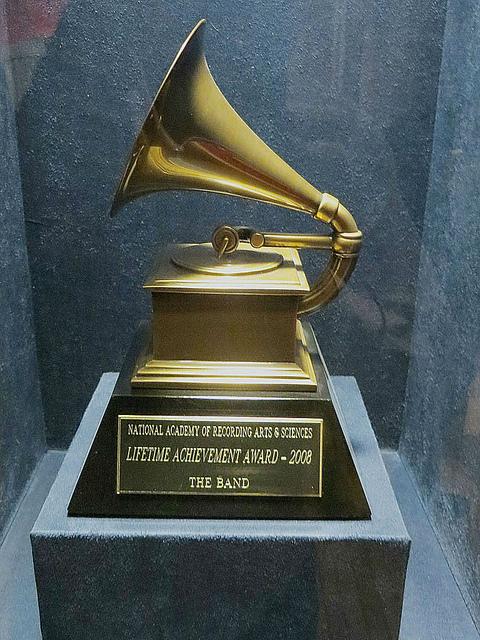 The Grammys is music industry biggest night and is the highest award any music star or writer or conductor could be honored with.The Grammys cover all music genres and categories. Genres ranging from Pop, Country, Rock, Rap, Latin, even Gospel; and Categories ranging from song of the year, to best reggae album, to to best solo male artist. Did you know Stevie Wonder has won 22 awards over his music career and holds the record for Grammys awarded to a solo male Artists? In 2010 Beyonce received six Grammy Awards in one night which is the record for most wins in one night to a female, Adele tied with six wins in 2012. In 1984 Michael Jackson “The King of Pop” holds the record for most nominations in one night, with “Thriller” being honored with 12 nominations.

This year the 57th Grammy Awards will be held on February 8, 2015, and there is so much to look forward too! Performers this year are Ed Sheeran, Madonna, AC/DC, and Ariana Grande. “This year’s nominees are a reflection of the music community’s diversity and range of talent, and a testament to The Academy’s voting process,” said Neil Portnow, President/CEO of The Recording Academy. There are four categories that are called the “General Field Categories” which are Album of the Year, Record of the Year, Song of the Year, and Best New Artists. With nominees including Beyonce, and Ed Sheeran are both up for Album of the Year. Taylor Swift, Sam Smith and Meghan Trainor, are all up for both Song of the Year and Record of the Year.I think Ed Sheeran should win at least one of his nominations, I personally am a big fan of his music, and really admire him and other artists who write or co-write all their songs on their album and should be recognized for that. I hope Hunter Hayes wins Best Country Solo Performance for his song “Invisible” which is an incredible song melody wise, grammar wise and word-timing wise.

It’s hard to choose through all the insanely talented artists who deserve this award for their hard work and amazing music! But the Academy will vote and the results will be aired on television Sunday February 8, 2015, at 8/7c on CBS.