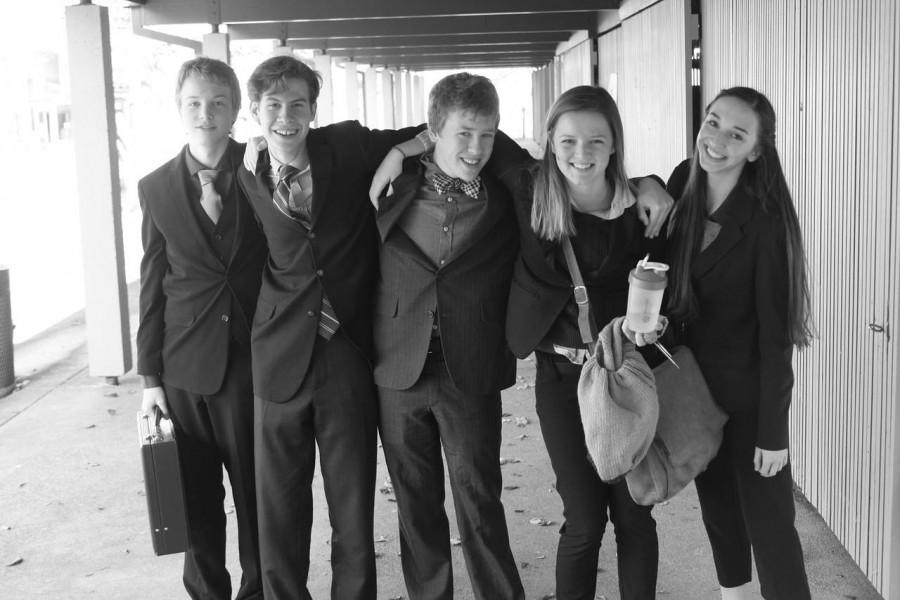 Ashland High School has a marvelous debate team. Our debate team has been taking Oregon by storm. With the sudden influx of trophies and ribbons one might think what exactly is this debate team doing?

The debate team as a whole has been crushing their opponents with colossal words and impromptu contradictions. As tears roll down their opponents’ cheeks they are not in spite. Ashland Debate does not seek to break the hearts and minds of their opposing schools, they do not seek petty victories; They seek challenge and achievement. Debate has a handful of options for debating, like public form, parliamentary, policy and many others. Each type tackles a different subject and topic. Parliamentary is a form where the debaters are given the topic a few minutes before the actual debate starts. For one to do this, they must know a little of everything, but also be able to pick apart their opponents’ words and statements to ensure a win. Public forum debates on the other hand have a one month period to create a case then they go through a debate that is made more for the general public to understand.

Brielle Preskenis is the captain of the team and a parliamentary debater. Her role as the captain is to teach everyone the ropes of debate and the specifics of each event. As a mentor of a team of students it has not only boosted her confidence, it has boosted the confidence of the entire team. Victories help, but her main goal is to train the novice students to become the best debaters in Oregon. Being the head of this family, she has acquired a new form of confidence and speaking ability. “I’d be nowhere near where I am today without debate.”

Christopher Buckley is also a parliamentary debater and performs with a cynical attitude. Considering it is a partner handled debate his role is the closing speech. Closing speeches are tricky and must be delicately arranged for they do not want to bring up any more topics or subjects. Debate has affected Buckley in a positive way, thanks to debate he has became more social and has an easier time holding conversations with other people.

Luna Lininger-Salazar is a member of the Public Form group and creates case notes and the main points of her debate. Public Form is a team debate. Lininger-Salazar and a partner have to create a case on relative topics like GMO’s and gender class. Without debate, Lininger-Salazar indicated that she would probably not even be in school. It has also helped her with confidence and speaking skills both public and in person.

The debate team has changed many students lives and personalities, as more students show up the more their family grows. The debate team members are a wonderful group of students, their more inclusive than exclusive. For they are a family as one would be a family in the dugout or on the football field. They grow and get along, that is why our debate team wins. This is why they are paving a way to a brighter future for themselves and Ashland High.