A Graphic Film
During Amanda McGrew’s first year teaching at another school, a video about the Vietnam War was recommended to her by a fellow teacher for her students to watch. McGrew stated that she had not watched the film all the way though, and regrettably missed an extremely graphic section of the film. At one point in the video, male genitalia was shown on the screen for her class of 30 students to see. McGrew said, “I was so surprised and didn’t know what to do. I just ignored it like it was no big deal while every student’s mouth dropped and looked right at me.” She was incredibly embarrassed, but continued teaching the class like it was any other day. Another time while McGrew was at another school, she was in the middle of teaching a lesson when her co-teacher went to sit at her desk chair. He did not realize that McGrew’s chair was very “rolly” and the chair slipped right out from under him and he landed right on the floor. McGrew “immediately started laughing so hard that [she] was streaming tears and making this crazy howling noise that [she] couldn’t control.” During her laughing fit she had forgotten to check if he was okay. Luckily he was, but it took her a long time before she was ready to teach again. 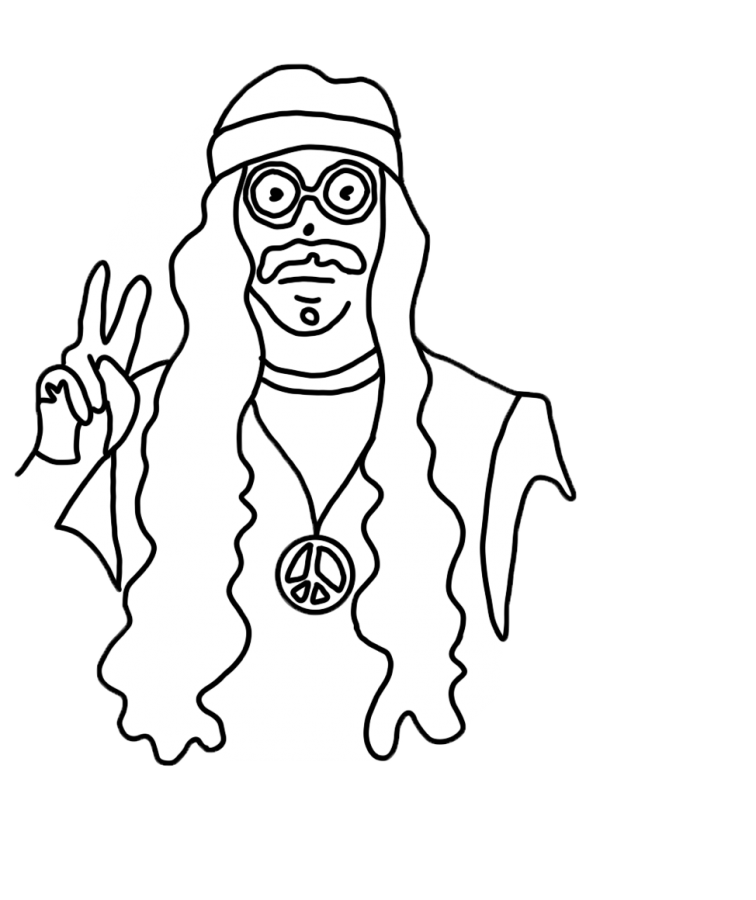 Welcome to Ashland
During theatre teacher Betsy Bishop’s first year at AHS, she had a student who had 11 unexcused absences and was getting an F in her class. The student was about to be dropped. Bishop did not want the student to get an F, so she invited the student’s parent, the principal and a few counselors to discuss the students’ situation. She wanted to give his mother a chance to explain why her son was missing so much school. During this conference, Bishop said the parent walked into her classroom wearing a long flowing skirt, no shoes and a large flower in her hair. Bishop had not adapted to the ways of Ashland and was completely in shock at this display of “hippie nature.” Bishop asked the parent why her son was missing so much school, and she replied, “Well my son and I, we’re not really into the stress trip.” Everyone was silently looking at each other. Then one of the counselors asked, “stress trip?” She said, “You know like, getting to school at 9:00 AM and having to stay till 3 every day.” After two minutes of silence, Bishop asked her if her son could at least go part-time, to which she replied “we are really into our tie-dye business. So no more than one or two.” 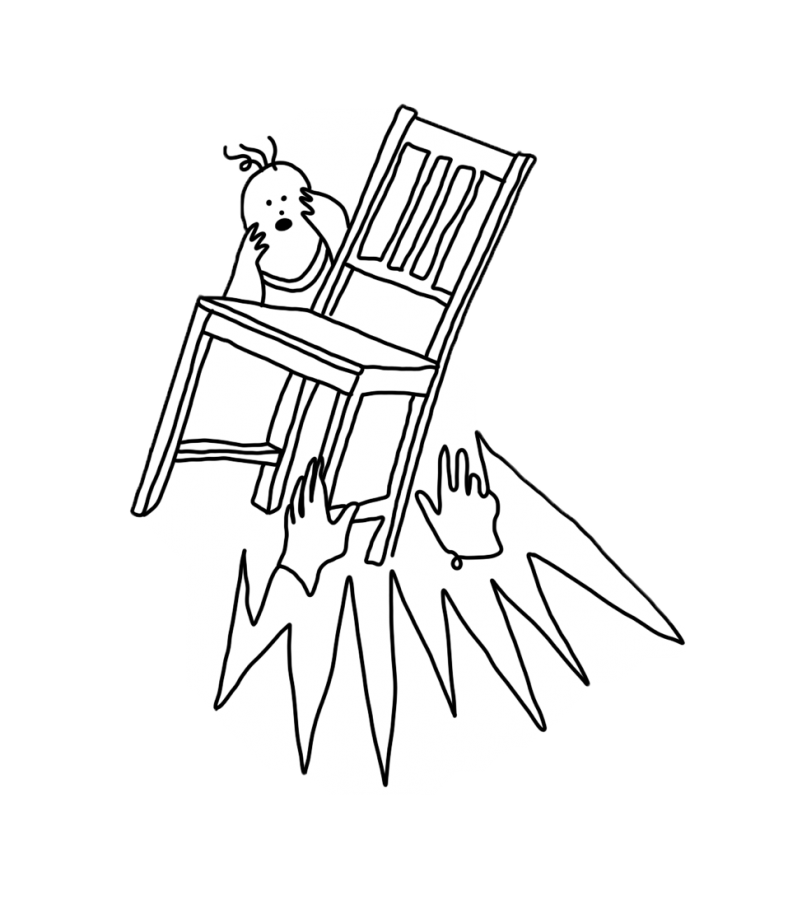 Diary of a Thrown Chair
While reading The Diary of Anne Frank, students are bound to get emotional, but Vanessa Heckman never expected a student to get THIS emotional. Heckman was student teaching for an English class in Scotland, in the city of Edinburgh. During an especially emotional part of the autobiography, a student abruptly got up out of their chair. The student turned around, grabbed their chair and hurled it across the room, barely missing Heckman. The student marched out of the room in a fury, and never returned to her classroom. To this day, Heckman does not know why the student decided to throw the chair across the room, but she thinks that it may be because of how moving the book was. Heckman continued teaching as if nothing happened, but remained incredibly confused and shocked. 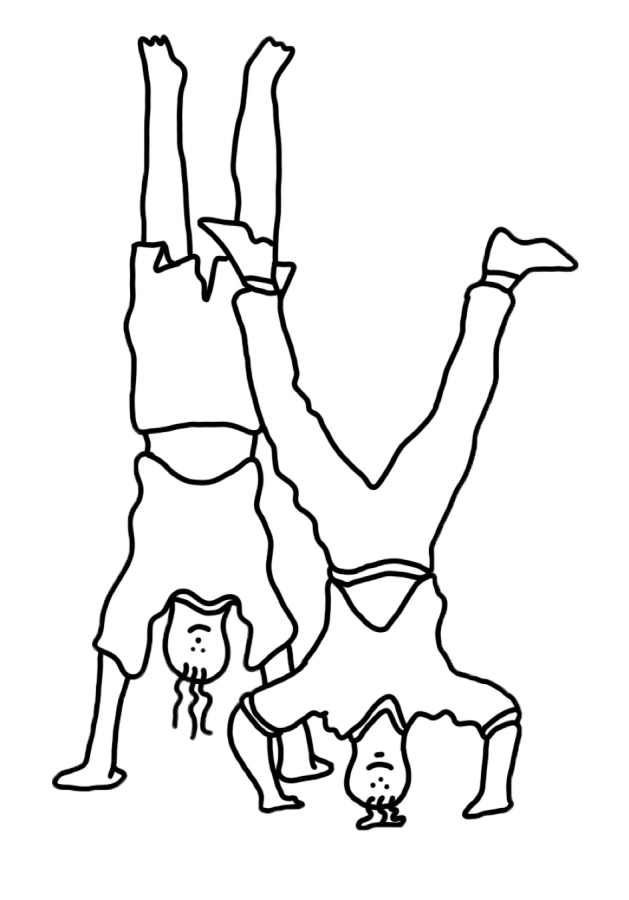 Classroom or Gymnasium?
For the last two years in Marissa Watson’s classroom, a contest has taken place. On certain rare review days, after students have finished homework and the lesson of the day, students challenge Watson to a fierce handstand competition. Watson clears the desks out of the way, creating an arena in the front of her classroom. The rules are simple: whoever’s feet touch the ground first is the loser. The competitions are cutthroat, and the people who dare to challenge Watson are very competitive. Some

students have tried to push Watson’s hands in order to mess up her balance but it has been to no avail. A few times, Watson recalled faltering as her legs swayed in the air, but she has come out on top every time that the competition took place… according to Watson.

Battle of the Suits
New teacher Brenton Wileman told Rogue News of a friendly competition he had last year when a student criticized him for never buttoning the top button of his shirt. Wileman explains that doing it is unnecessary. “That’s what the tie is for, to hide it. Plus if you button the top button, you are choking all day,” Wileman argues. The student didn’t understand Wileman’s reasoning, telling him, “No, you don’t know fashion.” Throughout the semester, the arguments continued, and during the last weeks of school Wileman challenged this student to a friendly competition. Wileman told the student, “You wear a suit and tie, and show me what it is supposed to look like.” The student replied, “Fine, I’m gonna wear a suit on Friday.” So they agreed that they would both wear their suits and then have the class take a poll and see who looked better. On Friday, the two showed up to class in their finest suits, and the challenge began. After a brief fashion show, the class took a vote. When the votes were in the student took the victory by a landslide. Though Wileman was proved wrong by his students, he explained that, “it was like the best day of the entire last year.”

Nudity is Not Allowed
Gladys Contreras explained that it was a normal day in her class filled with 30 or so Spanish students. She was teaching a lesson, writing on the board in front of the class, and when she turned around she saw two kids trying to take their shirts off. Seeing the partial nudity of two of her students rendered her speechless: “That was scary at the moment, because I [thought] what are these two boys doing?” She explained how the whole class burst out into laughter, perhaps at the boys taking off their shirts or maybe at her shocked reaction. Contreras made a decision in the moment to pretend nothing had happened. “To this point, I still don’t know why they were doing that.” Since that day she has wondered what the motivation was. “I don’t know if they were showing their… six pack? I didn’t ask the question, I just let it go and laughed.”