Who's YOUR sci-fi zodiac twin? 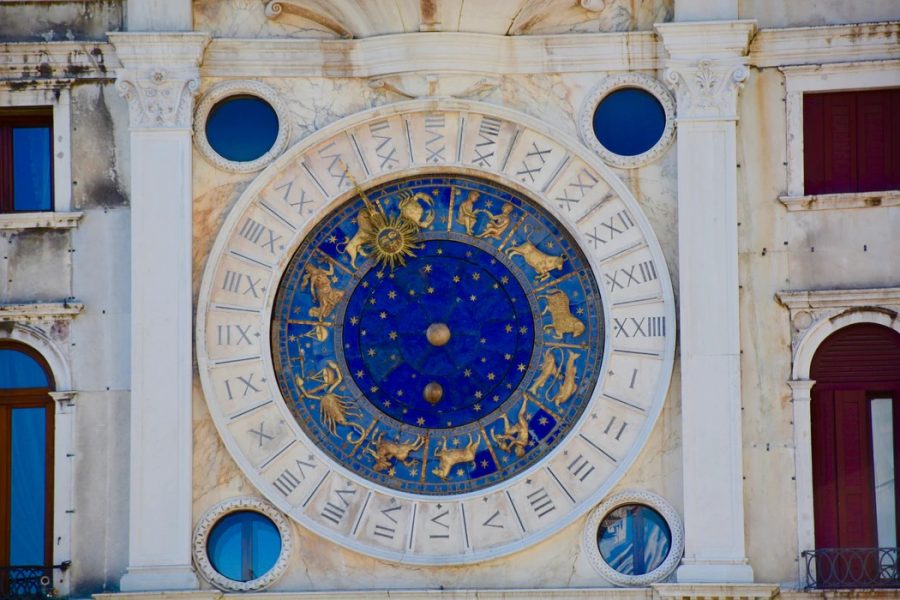 Astrology is a fun way to gain insight into our personalities and understand one another better. The “science” behind astrology is based off of the positioning of the stars in space. Astrology can be traced to around 2,400, when the ancient Babylonians started to develop their own horoscopes. It wasn’t until 300 years later that the idea of astrology began to spread throughout the Mediterranean, becoming popular in the country of Greece. But to be blunt, astrology isn’t technically considered a science by most due to the fact that there is no logical proof that our personalities are affected by the millions of stars within the sky. Still, comparing our zodiac to actors who play some of our most loved sci-fi characters may just be the distraction you need right now.

Aquarius: January 20-February 18. Their traits are being quiet and shy but are rather intelligent and kindhearted. They can also be incredibly angry at times and would often throw fits of rage. An example of this zodiac is the actor Ashton Kutcher, born on February 7, 1978 who plays in the sci-fi movie The Butterfly Effect. This could describe him as a good-hearted man and intelligent.

Pisces: February 19-March 20. They are known to be very friendly and also a bit shy. They like to be alone at times and dislike cruelty of any kind. An example of this zodiac is the actress Drew Barrymore, born on February 22, 1975, and plays the girl from E.T, the Extra-Terrestrial. In the movie her character was friendly towards E.T and wanted to be friends with him.

Aries: March 21-April 19. They are known to be courage’s and hardworking. They can also be a bit moody and even overly aggressive. A good example of this is Anakin Skywalker played by Hayden Christensen who was born April 19, 1981. This suits Anakin Skywalker himself because he was a respected leader during the clone wars, he is known to lash out in fits of rage like a whiney little brat, and even nearly killed his pregnant wife in fits of rage.

Taurus: April 20-May 20. They can be very reliable in many situations; they are devoted and responsible to their duty as well. At times they can be very stubborn too. Joe Keery, born on April 24, 1992, plays Steve Harrington from Strange Things. His character was a bit of a jerk at first and can be a bit stupid at times but he proved himself to be helpful towards his friends in the end.

Gemini: May 21-June 20. Gemini are known to be gentle and affectionate; they are intelligent thinkers and so happen to be my zodiac. Their biggest fear is being alone and confined and can be easily nervous. Tom Holland, born on June 1, 1996, who plays as Spider-Man in a lot of the MCU movies. As Spider-Man, he is smart but can get nervous in dire situations.

Cancer: June 21-July 22. They are known to be tenacious with a great imagination. They can be very emotional and sensitive at times. They are also cunning and tend to be manipulative. Patrick Stewart plays Professor X in the X-Men movies and Captain Picard in Star Trek: Discovery and was born July 13, 1940.

Leo: July 23-August 22. They are natural born leaders with great passion and warm-heartedness. They can be a bit self-centered and even lazy. A good example of a Leo is none other than Emperor Palpatine from Star Wars. While his actor(s) are not Leos, the emperor is a very cunning leader who has controlled the entire Jedi order and made the clone army eliminate nearly all of them with order 66, thus making him the self-centered emperor of the galaxy.

Virgo: August 23-September 22. Virgos are known to be loyal to their friends and pay attention to the tiniest of details making them one of the most careful zodiac signs. They tend to be overly critical of self and others making them all work and no play. Chris Pine, born on August 26, 1980, plays as James T. Kirk from Star Trek into Darkness. He is the current leader of the Enterprise ship and uses his careful thinking to get out of tight scrapes.

Libra: September 23-October 22. Libras are born as peaceful individuals and are fair-minded and social. They do tend to carry a grudge though. An example of this is the famous actor for Luke Skywalker himself, Mark Hamil who was born on September 25, 1951. This suits him because he is very comedic at times and is very social guy in general.

Scorpio: October 23-November 21. Scorpios are known to be resourceful and brave and can end up being a loyal friend. They do enjoy teasing others though and can be jealous of others to the point they end up being violent towards them. Gwendoline Christie was born October 28, 1978 and is 6’3”!! She plays as Captain Phasma from the latest Star Wars Trilogy. Her character is a violent commanding officer that strikes fear into the hearts of enemies and allies alike.

Sagitarius: November 22-December 21. They are known to be generous and enjoy freedom and to travel. They can be very impatient and tend to make promises that they cannot keep. Mark Ruffalo, born on November 22, 1967, and plays as Bruce Banner (A.K.A the Incredible Hulk) from the Avengers movies. He struggles with keeping the beast within and gets incredibly angry at times and tends to be alone at times to be free, hence why he left the Avengers after Ultron’s defeat.

Capricorn: December 22-January 19. They can be very responsible and have good manners. They can be a bit unforgiving to the point where they do not like anything. Liam Hemsworth, born January 13, 1990, and plays Gale Hawthorne from the Hunger Games Trilogy. He is devoted to his family and takes full responsibility as a hunting partner and as one of the main characters.