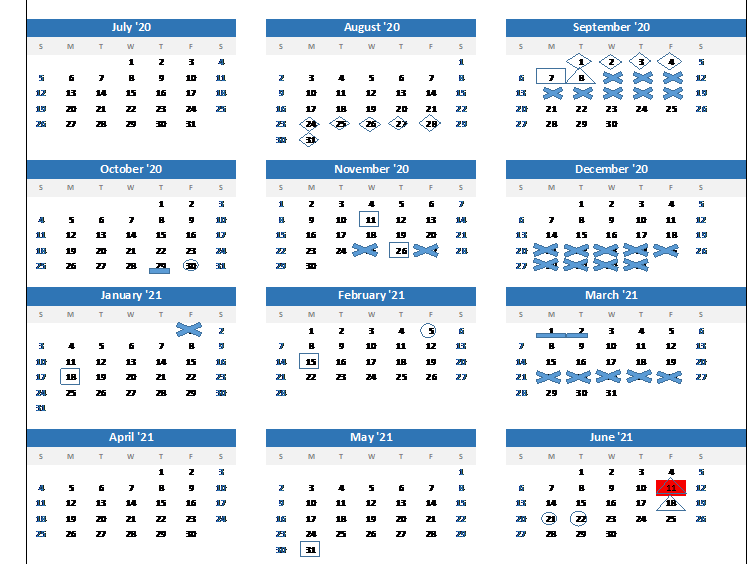 Due to the Almeda Fire the Ashland School District was forced to begin classes two weeks later than usual. This extended the school year further into June and has resulted in many important events being postponed to later dates. Below is a quick overview of the updated calendar for this school year.

Winter break will be at the same time as previous years (December 21-January 1).

Finals week will be February 1-4.

These conferences have been moved into the beginning of March (March 1-2).

March break will be at the same time as previous years (March 22-26).

Graduation has been moved to June 11.

The last day of school is now June 18 and it is a half day.

You can find further information on the Ashland School District website.