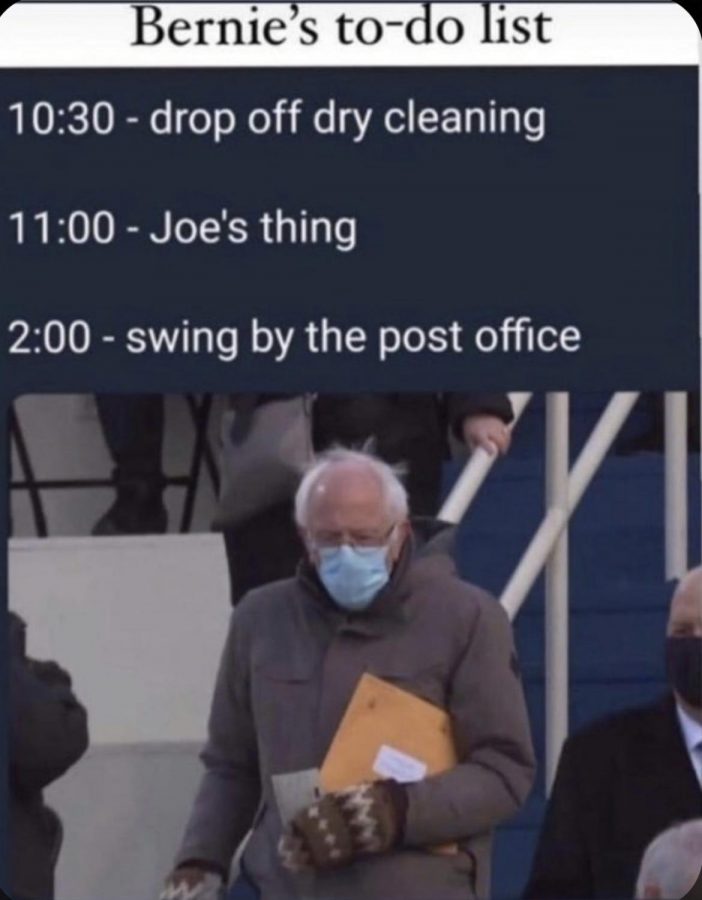 Co-vid isn’t the only thing that has gone viral this past year. Memes, often uniting the internet through mainstream media, are pictures and videos that can quickly spread across the internet. From quoting old vines to Bernie’s outfit at the inauguration, they provide comedic relief during times of uncertainty and provide us with good laughs whenever we need one, especially right now. It’s been about a year since the pandemic swarmed the Earth and divided us from one another. However, we’ve always had memes by our side since the birth of technology.

Memes first originated during the 1970s. They were developed as a concept to spread different ideas and transfer cultures between one another. Richard Dawkins’ definition of the term is that it is “a unit of cultural transmission.” Memes have developed changes that have caused them to evolve into more abstract and complex forms of entertainment. The first memes used to consist of a picture with text scribed across it on the top or bottom or both. Since then, they increased their presence in our world with the up rise in popularity of social media over the years. Memes allow for a form of communication to facilitate information, comedy, and differing opinions between one another on the internet.

Since the start of the pandemic, the populations of people across the world have had plenty of time to spend on social media. With most time being spent indoors, people have learned to remain connected through screens. Memes are a perfect example of entertainment that has kept us connected and has proven to be a source of a much needed comedic outlet.