Felon is the New N Word 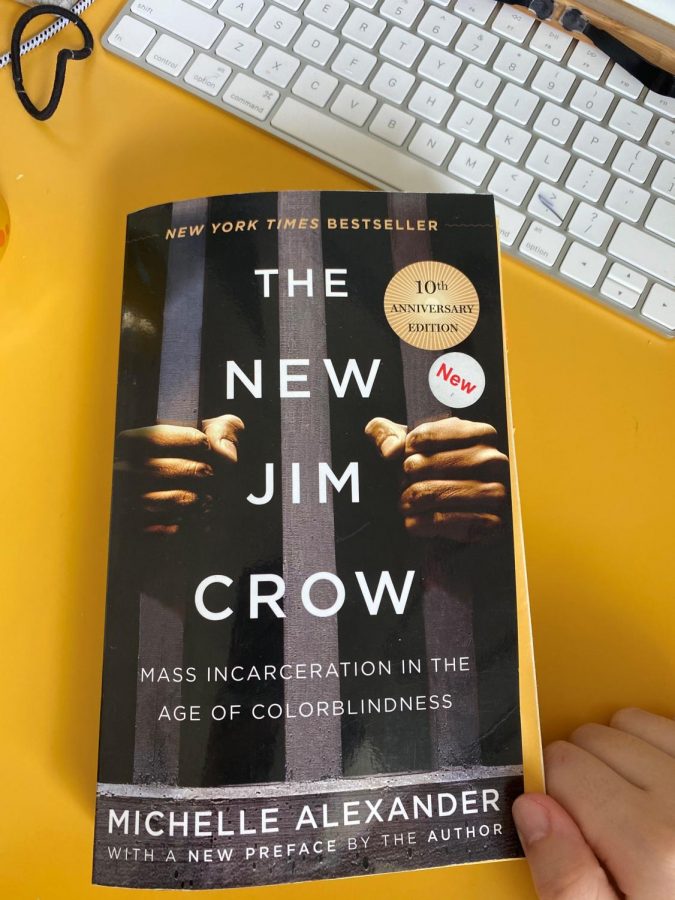 When I walked into my local bookstore and found myself in the African American education section, I picked up Michelle Alexander’s, “The New Jim Crow: Mass Incarceration in The Age of Colorblindness.” I was captivated by the reviews and what seemed to be the overarching message of the book: bringing awareness to the hidden racism built into our justice system. Little did I know, as I walked out of the bookstore with Alexander’s book in hand, that the capitol riots were underway.

I came home that night to debrief with my family on the egregious actions displayed by the pro-Trump supporters who stormed the capitol, kicking their feet up on Nancy Pelosi’s desk, a confederate flag in hand. I could feel the black community’s anger and sided with them in the feeling that if it had been Black Lives Matter protesters who had stormed the capitol, the headlines would’ve been far less understanding. I expressed my frustration about what had happened that day, and my stepdad responded with, “systemic racism doesn’t exist.” I was beside myself, shocked at the statement he had made with such confidence. And although I felt he was outstandingly wrong, I had no statistics, no awareness of why and how it existed to back my claim up. I peered down at The New Jim Crow and laughed at the irony of buying the book on the same day of the capitol riots, and on the same day I was confronted with a family member claiming systemic racism didn’t exist. The irony continued when I found that Alexander herself had attended Ashland High School before studying at Vanderbilt University. Having now known that she had gone to the same high school I currently attend, I felt inspiration that someone from our seemingly untouched community had gone on to combat systemic racism in a way that has impacted millions of lives.

An attempt to summarize the systemic racism that has been built into the foundation of our country would be far lengthier than a news article. However, Alexander drew uncanny parallels between Jim Crow and our criminal justice system that can easily be summarized.

As she mentioned in The New Jim Crow, shortly after the reconstruction era following the Civil War, African Americans were finally integrated into society, but were faced with incredible obstacles. The southern conservatives, referred to as the “redeemers,” resurrected the Ku Klux Klan and instilled fear into those they targeted. The thirteenth amendment protected Blacks from slavery, unless they were criminals. Vagrancy laws came back, making it a crime to wander or to be homeless, which in turn made many African Americans susceptible to being arrested (since so many of them were displaced and without a home). Once in jail they were forced to pay off their debts. The vicious cycle led them back into a new kind of slavery, unable to pay off their fines to be released from jail. They were “sold” to be laborers in lumber camps, brickyards, railroads, farms and plantations.

Jim Crow Laws, hellbent on making sure African Americans were segregated from an equal life, were put into effect when the populist party was created. The party consisted of poor whites and blacks working together against a common enemy: the rich white folks who used and abused their power. Intimidated by the growing power of the populist party, the wealthy whites cried out white supremacy in hopes to lure the poor whites to their doorstep. They used segregation laws, bribing the lower-class whites, and when it became apparent the Southern conservatives would stop at nothing to get their way, the poor whites abandoned the blacks. The progress made turned into “white’s only” signs, the Ku Klux Klan and even more dehumanization.

Nearly one hundred years later, The War on Drugs, declared by Nixon (but launched by Reagan) only fed into the narrative that being racist was in the best interest of the country. From the 1960s-1970s, crime rates rose. Conveniently, this time frame was at the peak of the Civil Rights Movement, so it was easy to blame for the country’s rise in crime. Additionally, the media was full of ads that Nixon created, calling for order. Law and order became the motto directed towards people of color, and everyone knew it, but no one said it.

Just as Nixon had promised, Reagan carried out his wish of law and order in the country in the form of the War on Drugs. At the time it was declared, less than 2% of the population thought that drug control was the most pressing issue. But funding for anti-drug marketing increased, while effective drug prevention decreased, targeting the black community. Overnight, they had been framed as the cause of “the number one issue of the country:” drugs.

The War on Drugs was the catalyst of consent searches. Because of the already dominant societal narrative that black implied crime, minorities were the #1 victims of these searches. Consent searches haven’t stopped since they were launched; if anything, they have become more prevalent. There are countless studies cited in The New Jim Crow that only affirm the racial prejudice built into the justice system: “African Americans were stopped six times more frequently than whites, and that stops of African Americans were less likely to result in arrests than stops of whites – presumably because blacks were less likely to be found with drugs or other contraband.”

After finding myself baffled time and time again by the shocking facts that proved to be indisputable, I better understood systemic racism. It is no coincidence that the justice system inherently targets minorities far more than white people despite the undeniable fact that African Americans are no more likely to be guilty than whites are. Once deemed a felon, as so many black men are, their lives become much harder. Unable to attain jobs or a stable living situation, they are forced back into the system. The justice system is the new Jim Crow, and felon is the new N word.

Shortly after I finished The New Jim Crow, I came back to my stepdad to see if his perspective of systemic racism had changed. I found myself flustered and angry when he stood by his original statement. I thought I had failed after our conversation. I convinced myself that if I had only said the right thing or showed him the most shocking statistic that he would have changed his mind. But if I learned anything from what Michelle Alexander wrote, it’s that the structural racism that is meticulously built into the criminal justice system is so normalized, and so hidden, that if you lack the awareness or understanding of how it came to be that way, you won’t see it. When my stepdad declared, “white privilege doesn’t exist,” I knew that the system had done its job. The corruption of the mass incarceration prevalent in our country has become so camouflaged and normalized that people like my stepdad can’t see the lives it is destroying. Having this conversation with him, although wildly upsetting, brought me to the realization that we need to have these difficult conversations with the people in our lives. I don’t believe that people who are unable to see through the system are villainous, they simply have yet to be challenged with an irrefutable opposing view. To make progress in these conversations, we need to attempt to see the opposing perspective of the people we don’t agree with, and try to understand their way of thinking, so that they can understand ours.

Alexander’s book enlivened a passion within myself I did not know I had, and I am determined to let that passion linger in the lives of the people in our community, and let the legacy of where she started, and what she went on to become, continue at our high school.