Investigating Juuls at a personal, local and national level

Gen Z: The Addiction Lives On

“What is that smell? Is that mango Juul?? Who is Juuling?” The girl was visibly agitated. “I just have trouble focusing with that smell,” she said. “I keep thinking about Juuling.” It turned out that the smell was not someone “Juuling” with a mango flavored nicotine pod, but was instead some especially fragrant body lotion. Even so, the implications of this incident were still severe: this smell was visibly distracting. I could see the physical reaction this smell and the thought of Juuling had on my peer in class.

I realized, almost for the first time, that this was addiction. This was what the health professionals and Drug Abuse Resistance Education volunteers who had been coming to my classrooms since I was little had warned about. A distinct memory has been floating at the front of my mind lately: it was an optimistic woman, hair pulled back, with bangs, who came to my classroom in elementary school and showed my class all of the “nasty” stuff that was in cigarettes. Nail polish, acetone, tar, etc. I remember looking at in disgust. She then looked up at us. ‘You can be the last generation,” she said almost breathlessly, “You can be the last generation to smoke.”

This generation who is choosing to Juul and vape, is the entire industries test case. And we don’t know what is going to happen.”

The way Juul has taken off since it’s infancy in 2015 has shown me that this idea is really only that: an idea. Juul is a device that perfectly plays to a teenager’s love of sleek, technologically advanced gadgets as well as a penchant for some kind of rebellion. We don’t want to smoke cigarettes: “No, I don’t smoke cigs. Do you know what is in those?” were all responses I got from asking students about their vaping/smoking habits. But when Juuls were brought up, words like “sleek,” and “fun,” began to emerge. Juuls are a vaping device that can be used to inhale nicotine. Until recently, this sleek device could hold flavors like “Crème Brule,” “Cool Cucumber,” and “juicy mango.” Juul’s advertisements were colorful, fun, and predominantly featured young people teenagers could identify with. It makes sense: it is far more profitable for e-cigarette companies to attract young people who will be loyal (i.e. addicted) customers for a longer period of time. Juul was new technology whose popularity spread through social media, memes and eBay. It was a truly 21st century device that was creating a truly 21st century problem.

“At this point, we do not know what the effects are,” states Dean of Students Glenna Stiles about vaping and Juul. Because e-cigarettes, and specifically Juuls are so new (Juul came to the market in 2015), the effects of these high-dose nicotine devices and the chemicals inside of them are still unclear. What we do know is that Juul devices offer an extremely high dose of one of the most addictive drugs: nicotine. Dr. Mary Williams, based in the AHS School Based Health Center notes that nicotine can constrict blood vessels, raise blood pressure and change the composition of your brain. But the most dangerous aspect of nicotine is its highly addictive properties. Speaking to Williams, there was a moment when she said something that simply sent shivers down my spine: “Addiction is a negation of freedom.” As teenagers are “rebelling” for our chance at freedom, it is ironic that we move toward vapes. It is a rebellion for sure, but addiction to nicotine makes us less free. We are a slave to the drug, and once addicted, likely will be for the rest of our lives.

The novelty of Juuls has also made it extremely difficult for schools to combat this radical social change. Stiles notes that through the healthy teen survey, Ashland High School had gotten down to 5% tobacco use for juniors. It was a victory. But then, Juuls came to schools so fast, public service campaigns and education has been slow to catch up. An Ashland High School junior notes that people seem to think Juuls are healthy or not harmful. “I will see someone post a picture of them with a salad, a yerba mate, a face mask and a Juul and caption it ‘self-care.” It is not healthy. But it is this misinformation, and frankly lack of information that makes this Juul epidemic so dangerous.

In a sobering conversation with Stiles, she said two things that sent shivers down my spine: “This generation who is choosing to Juul and vape, is the entire industries test case. And we don’t know what is going to happen.” It is discouraging to see how fast Juuls are becoming a part of popular culture and the fabric of my generation. “Juuling” is so well known is has become a verb. I don’t want to be the test case.  I don’t want to look back, 20 years from now, when long-term studies have come out, and see that this thing we thought was benign and just a way to enjoy fruity flavor, was actually detrimental to our health. Like Stiles says, “I’m guessing we are going to find it [Juuling] is not as harmless as we all think it is.”

The sink turns in and the paper towel dispenser beeps. It might be just a normal day in the girls’ bathroom, but for a faintly metallic, sickly sweet swell wafting up from one of the stalls. It is mango.

Don’t Be a Fuul

Juuling at a National Level

Is it the Crown Juul of Teen Addiction?

You’ve probably heard about Juul. Whether used as a noun or verb, Juul has quickly risen in popularity in the United States since its creation in 2015. This sleek, small, eye-catching device is the brainchild of former smokers Adam Bowen and James Monsees. This e-cigarette is used to vape nicotine salts, with the goal of providing an experience similar to a real cigarette. The two college buddies created Juul’s parent company, PAX Labs, in 2007 before creating Juul in the summer of 2017.

The first ad campaign for Juul was launched in June of 2015 and quickly propelled Juul to the top of the e-cigarette market. According to Nielsen Data, Juul has a market share of 72.8 percent as of September 2018 and Juul’s number of employees has risen to a substantial 800 as of September 2018.

Although positive for Juul, the company’s rapid growth hasn’t been without its own fair share of problems. Juul has been under intense scrutiny from the FDA since people started noticing that Juul is alarmingly popular among teens in the United States. Juul has been accused of utilizing multiple advertising techniques to attract young users. Their first ads were full of colors and displayed young-looking people, smiling and laughing, holding Juuls. Additionally, the names of their Juul flavors were thought to target youth. With names such as “Cool Cucumber,” “Crème Brûlée” and “Fruit Medley,” Juul was thought to be adding unnecessary descriptors to their flavor names in order to make them sound more appealing.

With growing concern about underage use of Juuls, FDA Commissioner Scott Gottlieb released a statement in April of 2018. The statement talks about the Youth Tobacco Prevention Plan to stop teen use of, and access to, Juul and other e-cigarettes. In it Gottlieb declared that, “the FDA also sent an official request of information directly to Juul Labs, requiring that the company submit important documents to better understand the reportedly high rates of teen use and the particular youth appeal of these products.”

The types of documents which the FDA requested contained information about product design, marketing strategies, ingredients, and behavioral and psychological effects of Juuls. In his last statement, Gottlieb said, “We don’t yet fully understand why these products are so popular among youth. But it’s imperative that we figure it out, and fast. These documents may help us get there.”

This event, along with a multitude of concerned schools, teachers, and parents, prompted Juul to take action and address these claims. Since the FDA statement in April, Juul has modified their flavor names by dropping the descriptors. Additionally, they have simplified their advertisements by using fewer colors and, most importantly, featuring models aged 35 and older, driving home the point that Juul is meant for ex-cigarette smokers to help them quit.

On the Juul website, under their dropdown menu, within the “Our Mission” section, Juul specifically outlines what their intent as a company is. Put quite simply, their mission is to “Improve the lives of the world’s one billion adult smokers.” Further into their website, Juul continues to outline how their goal as a company is to “maximize the positive and reduce the negative.” They don’t specify what exactly the “positive” and “negative” are, leaving it up in the air for customers, critics, the FDA, students and ordinary people to decide for themselves. Additionally, Juul has created an entirely new page on their website called “Youth Education, Awareness, & Prevention,” which details how Juul is taking the initiative to help end youth Juuling.

However many steps Juul is taking to end underage usage, for those who still Juul, there remains a multitude of negative effects. According to a 2018 study done by Penn State University, the vapor exhaled by e-cigarette users contains carcinogens and is a risk to nearby non-users, similar to secondhand tobacco smoke.

Additionally, one Juul Pod contains as much nicotine as one pack of cigarettes. This can be especially dangerous considering that 63% of Juul users don’t know that pods always contain nicotine. The lack of knowledge surrounding these new devices is the most worrisome aspect of this public health crisis.

I started mulching in 6th, and Juuling in 7th. I still do both, but not Juuling is more difficult than not mulching.”

I was Juuling in middle school since I found out it existed. I love it but it is hard to quit and I couldn’t if I wanted to.”

I bought a Juul because every one thinks they are cool. I only really use it when I’m bored or at a party.”

I had been mulching (tobacco smoked from a bong) for Almost 2 years and I didn’t see an end to it, nor did I try to end it. I was really addicted and Juuling didn’t intrigue me in the slightest. After a while of friends picking them up and learning more about them, I slowly started to use Juul here and there until I decided to just switch to Juul exclusively. The Juul became a whole new addiction.” 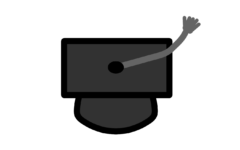 The Return of the Continuation Center 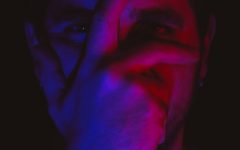 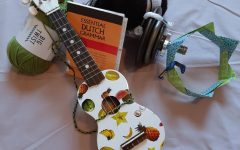 How to juggle all of your hobbies- including juggling 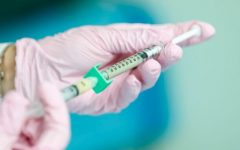 The vaccine scene in Ashland 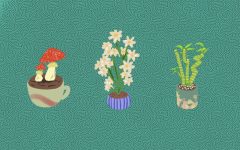