Changes on the Horizon

A leaked draft of the new proposal to change Title IX, the law which holds all public schools responsible for responding to sexual assault allegations or harassment, by education secretary Betsy DeVos, has sparked debate among all interested parties. Her proposal includes revisions to the process as well as changes to what kinds of incidents must be investigated.

Title IX began as a law to prohibit gender-specific discrimination on school campuses, but was extended to address sexual harassment and assault. This federal civil rights law, part of the Education Amendments of 1972, prohibits any discrimination on the basis of sex in schools that receive federal funding.

DeVos previously served as chair of the Michigan Republican Party and is best known for her advocacy of charter schools and support for school choice. She currently holds the position of Education Secretary. DeVos is proud of her activism in education, and is now proposing to change Title IX. DeVos’ draft was leaked in August of 2018. Official revisions are expected to be released in October.

Previous Obama administration’s guidance required a standard of evidence that needed to be “preponderance of evidence.” DeVos new guidance would require a standard of evidence that needs to be “Clear and convincing.” Schools may not have to investigate off campus incidents not associated with school activities, and narrows events warranting investigation to sexual assault or harassment “so severe, pervasive, and objectively offensive” it denies access to education. Also, if both sides agree, a cross examination between the accuser and the accused would be allowed. Finally, Schools will be allowed to punish students who file reports deemed false.

It is unclear whether the final draft will require rather than allow schools to make all these changes. If so, it would mean a shift from guidance for schools to outlining the steps a school is legally required to take, should an incident fall in the more narrowly defined categories of harassment or assault.

After the release of DeVos proposed revisions, opponents have spoken out against the changes. Some feel the changes being made will put an unfair burden on the accused, and sexual misconduct allegations will be less likely to be investigated. DeVos argues that the proposed changes protect due process. According to a speech at George Mason University “The system established by the prior administration has failed too many.”

According to The New York Times, The Department of Education draft of changes argues that, “The lack of clear regulatory standards has contributed to processes that have not been fair to all parties involved, that have lacked appropriate procedural protections and that have undermined confidence in the reliability of the outcomes of investigation of sexual harassment allegations.”

The stated purpose of DeVos’ proposal to change Title IX is to create a “fairer” system, to bring justice to the accuser and the accused. The draft of guidelines, when made official, will have a public comment period.

Why We Should Be Concerned about the State of Title IX

Betsy DeVos, the United States Secretary of Education, wants to change the federal law to give less support to survivors of sexual assault. One of the changes gives more authority to public schools to decide on whether or not they should investigate based on the evidence they are given. While in some cases that’s fine, in others it could lead to injustices for survivors of sexual assault. Although DeVos has stated that she intends to use these changes to prevent false accusations, these changes will only hurt actual survivors. Giving individual schools this much power can seriously backfire on us. Schools can be biased, assaulters can have connections, and survivors can have no support from their peers. Rather than taking a step forward like she intends, DeVos is taking two steps backwards. 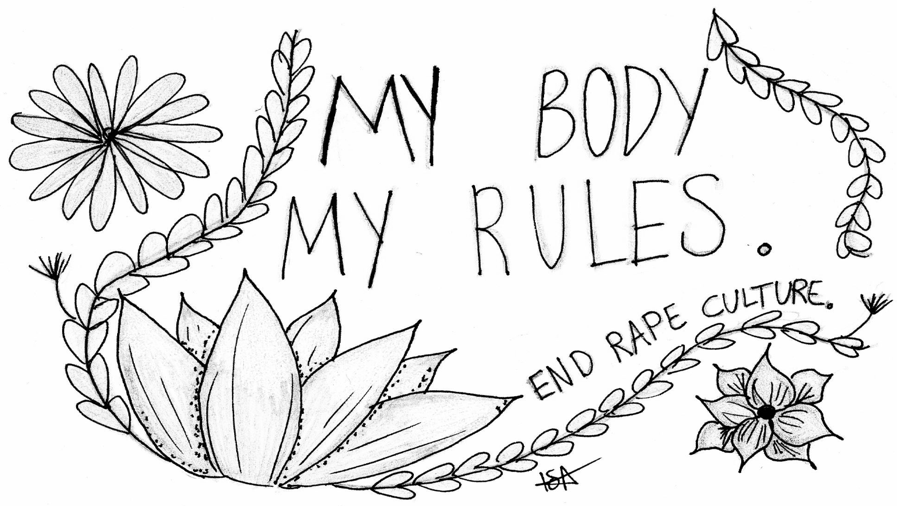 Another change that would be quite detrimental is that only formal complaints can be investigated. You could argue that the change could be great- -false alarms and rumors won’t be investigated therefore the school won’t have to waste their resources and time on something that is simply a rumor. But sometimes rumors aren’t just falsehoods; sometimes they’re things that need to be looked into. Not everyone has the courage to report harassment. Not everyone is in a situation where they are able to report abuse without their safety being compromised. This change in Title IX will fail students that are in those situations. It is appalling and shameful. The changes could potentially sacrifice the trust between students and their school.

DeVos may claim to be thinking of the students, and she may claim to want to better the system but she isn’t. As school is starting, stress levels rise. From late essays to unfinished math homework, everyone is stressed about something. However we students have one more thing on our plate: the changes being proposed in Title IX. Now before you shrug this off as some lame federal law change or political event that is unimportant. As high school students, we must be angry and call out our Education Department. These are our lives they’re affecting and we have both the right and an obligation to speak up.

The Black Student Union (BSU) meets every Friday in Tech-1 where their goal is to provide a safe space to hold discussions. This year, juniors Sie...