The Effects of Christmas Consumerism

How do AHS students feel about the Christmas shopping rush?

That’s a Wrap on Gift Wrap

As Thanksgiving comes to an end and we feel the Christmas spirit set in, an overwhelming need to purchase presents covered in plastic packaging and gift wrap washes over us. Our minds race to think of the perfect gifts, to prepare extravagant meals and to find the biggest tree. The toll this takes on our environment is great. According to Commercialwaste, an environmental research firm, the amount of trash produced between Thanksgiving and New Year’s Day has increased by an estimated 25% since 2010 (about one million more tons of garbage each week). The wrapping paper, ribbon and plastic packaging from all the presents we give and receive will eventually find its way to the landfill. Also stated by Commercialwaste, thirty eight million miles of ribbon, eleven billion dollarsworth of packing material, and 2.6 billion holiday cards will wind up in the trash and forgotten by all. But forgotten doesn’t mean gone. All of these things will slowly decompose in the landfill, producing methane gas, a smelly greenhouse gas that contributes to global warming.

Global warming is one of the most prominent threats to the planet and our future. The United Nations Intergovernmental Panel on Climate Change, warns that if we do not limit our carbon footprint and take steps to improve our effect on the environment within the next twelve years, global warming will become catastrophic and irreversible.

Not only are we hurting the environment with waste during the holidays, but an estimated 15 million trees are cut down and decorated for Christmas each year. The overall effect this has on the environment is appalling, and it will only get better if we change our ways. Instead of cutting down a tree, try investing in an artificial one. While fake trees can be expensive, you can reuse it every year, and save a few real ones. 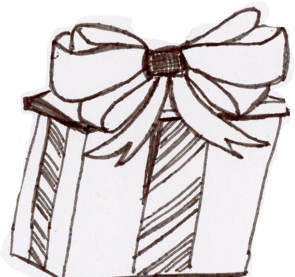 Food waste has a particularly large environmental impact as well. According to foodwaste.com, an estimated 74 million minced pies are thrown away each Christmas, as well as 4.2 million plates of turkey. As for drinks, about 225 pints of lager and beer are wasted, along with 35 million bottles of wine.

The idea of over-compensating on the holidays in order to impress company is not uncommon. It’s been documented that people buy food in bulk, in fear of not having enough on the table for everyone. With so much food being prepped, cooked and baked, we tend to overlook how much is winding up in the garbage. Food and drink accounts for 33% of the US’s CO2 emissions, and a large portion of this rolls in around the holidays. If you do have extra food after the holidays, you can donate it to a local shelter. Roughly 795 million people in the world do not have enough food to lead a healthy active life, says foodaidfoundation.org. With world hunger being such a detrimental problem, donating leftovers is a great way to give on the holidays, and help the environment at the same time.

Another way to protect the environment during the holiday times is to reuse gift wrap, ribbon and bows from the previous year, as well as using recycled paper for cards. This will decrease our waste percentages and help slow global warming.

Instead of over-buying food to impress your guests, impress them with your cooking. And instead of letting all that wrapping paper go to waste, remember to reuse. This Christmas, let’s give our earth a present and be conscious of our actions. As the Lorax says, “Unless someone like you cares a whole awful lot, it’s not going to get better, it’s not.”

Toys Break, but Memories are Forever 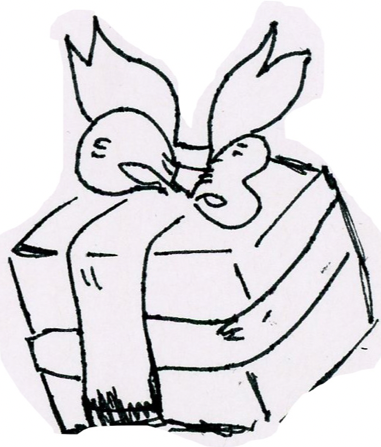 It’s Christmas morning. A freshly powdered blanket of snow clings to the ground, the milk and reindeer cookies have been eaten and little boys and girls leap out of their beds and dash down the stairs to gawk at the mountains of presents Santa delivered in the night. All those Black Friday wrestling matches and races were worth it. Lisa got her greatly needed plastic ponies with colorful hair and Johnny has finally completed his Lego Batman set. But the next day, the bat mobile lay in broken pieces and locks of rainbow hair fall to the floor in retaliation. The decorated pieces of plastic are thrown out and a week later completely forgotten.

The idea of giving presents to our loved ones to show how much we appreciate them is a sweet gesture and feels good when you see their faces light up with gratitude, but when did that notion turn into a mandatory gift giving frenzy? Yes, dozens of presents just for you gives a rush of excitement and anticipation. Counting down the days until they can be opened only adds to the mystery. But what happens when that day comes and those mysterious gifts turn into unwanted socks and underwear? The disappointment settles in and you’re forced to nod and smile with gratitude. 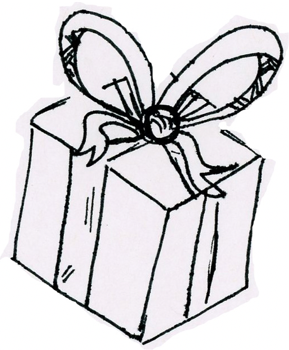 This year, instead of a mountain of unwanted presents, my family and I have decided to get a few gifts for everyone and go on a Christmas vacation to create memories and reconnect before facing a new year of work and school. At first, I was disappointed I couldn’t rip into a bunch of presents in the morning, but then I realized that those few hours of Christmas glee didn’t compare to the memories of making snow angels and snowmen with my family or the satisfaction of smashing a giant hunk of snow into my sister’s face. In the past, I took for granted these types of precious moments over break, but I now notice I remember spending time with my family more than the actual present unwrapping.

Another reason we decided to do this was because of the expense that came along with a bountiful Christmas. On average, one person will spend $700 on presents, meaning that the U.S. on a whole spends $465 billion on gifts, according to Investopedia. Buying during the holidays seems obligatory. I remember buying a few more things for friends and family because the store was having a huge sale or Cyber Monday got the best of me. This year though, we are focusing more on spending time with family and not the presents.

The holidays are reasons for families to come together, to visit members you only see around this time, a reason to get over family feuds and take a break from life for a while. Even religious traditions behind this month can be traced back centuries and when it all comes down to it, the bringing together of family and community are a vital part. I’m not saying we should do away with presents, because this season can be a nice opportunity to show those you care about some appreciation. Still, we should keep in mind that presents are not what Christmas is all about.